HomeBlogCatsPet and Animal Movies Coming in 2020 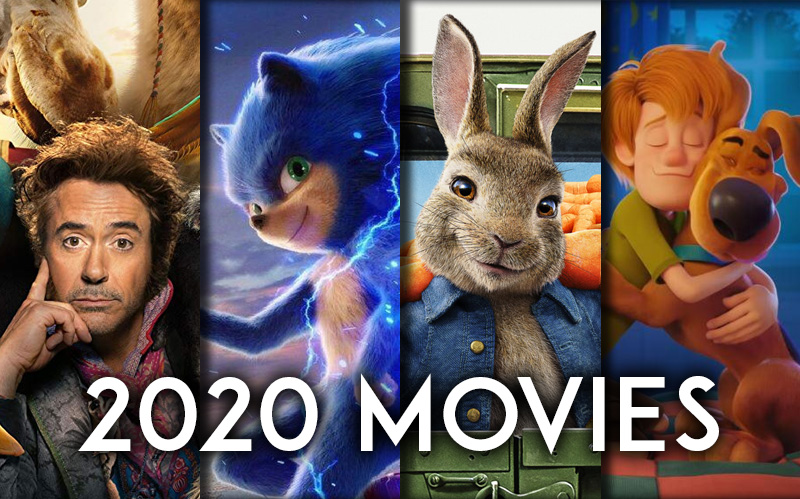 A couple of sequels and remakes make up part of the lineup for the pet and animal movies coming in 2020! Get a new calendar so you can mark the dates for these new movies!

Dr. John Dolittle lives in solitude behind the high walls of his lush manor in 19th-century England. His only companionship comes from an array of exotic animals that he speaks to on a daily basis. But when young Queen Victoria becomes gravely ill, the eccentric doctor and his furry friends embark on an epic adventure to a mythical island to find the cure.

Sonic tries to navigate the complexities of life on Earth with his newfound best friend — a human named Tom Wachowski. They must soon join forces to prevent the evil Dr. Robotnik from capturing Sonic and using his powers for world domination.

The Call of the Wild

Buck, a powerful dog, half St. Bernard and half sheepdog, lives on Judge Miller’s estate in California’s Santa Clara Valley. He leads a comfortable life there, but it comes to an end when men discover gold in the Klondike region of Canada and a great demand arises for strong dogs to pull sleds.

Despite his efforts, Peter can’t seem to shake his reputation for mischief among the other rabbits. Once he adventures out of the garden Peter finds himself in a world where mischief is appreciated, but soon his family come to bring him home.

Chicken Run 2 is an upcoming stop motion animated comedy film produced by the British studio Aardman Animations in partnership with StudioCanal and Lionsgate. A sequel to 2000’s Chicken Run, the film will be directed by Sam Fell, from a screenplay by Karey Kirkpatrick and John O’Farrell, and story by Sam Fell.

With hundreds of cases solved and adventures shared, Scooby and the gang face their biggest, most challenging mystery ever — a plot to unleash the ghost dog Cerberus upon the world. As they race to stop this global dog-pocalypse, the gang discovers that Scooby has a secret legacy and an epic destiny greater than anyone could have imagined.

The One and Only Ivan

Based on the true story of a uniquely-talented gorilla and the other animals who share a communal habitat at a suburban shopping mall, The One and Only Ivan is an unforgettable tale about the beauty of friendship, the power of visualization and the significance of the place we call home.

A young girl’s love for a tiny puppy named Clifford, makes the dog grow to an enormous size. For 20 years, young audiences have adored Clifford and his owner Emily Elizabeth on TV. Now they can catch the Big Red Dog on the big screen for the first time in a live action-animated hybrid film.