The History of the World… According to Cats

HomeBlogCatsThe History of the World… According to Cats

The History of the World… According to Cats 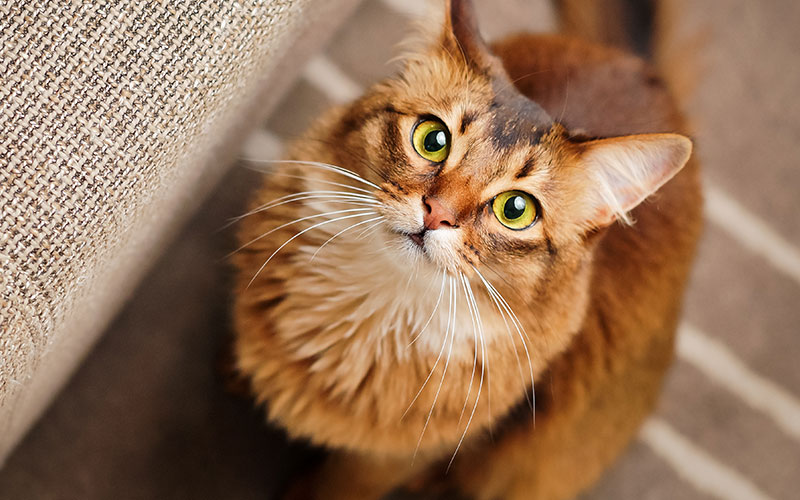 You may consider a dog to be man’s best friend, but as it turns out, they have competition.

Like dogs, cats have actually been working (and playing) alongside humans for millennia.

Cats were first domesticated in the Fertile Crescent, or present-day Israel, Iraq, Lebanon, Syria, and Iraq, more than 10 millennia ago. At this time, Southwest Asia and Northern Africa were home to a ferocious type of wildcat called Felis silvestris lybica (F.s. lybica). These cats were predators to the small rodents who commonly infested the stores of grain owned by the Neolithic peoples.

They had several key characteristics that differentiated them from today’s current-day house cat. They:

Because they controlled the rodents’ infestation of the humans’ grains, it’s safe to say that humans liked having F.s. lybica around. Likewise, the normally solitary cats seemed to warm to the idea of hanging around humans. In fact, their symbiotic relationship became so strong, that cats began migrating with humans as the latter moved into other areas of the Mediterranean and modern-day Europe.

On the ships that helped these migrators, cats were actually indispensable because vermin like rats were a constant menace to the ships’ stores of food.

Let’s Pop Over to Egypt

While cats became common pest control for the Neolithic peoples of the Fertile Crescent, they also served an important purpose in Egypt. Here, cats of the era were honored in frescoes, tombs, hieroglyphs, and statues. They were often mummified into their owners’ tombs when they died. This was largely because of their fierceness is killing rats, birds, and even venomous snakes.

As Egypt also expanded their sea-presence, Egyptian domesticated cats migrated throughout the ports of the Mediterranean as well.

Your house cat is likely a descendent of either the Egyptian or the near-eastern F.s. lybica who were probably tamed sometime in the Middle Ages as they were transported even further from their original homes by Viking ships. Eventually, they made their way to the Americas and to other far-off places like Australia.

Your Cat Vs. Ancient Egyptian Cats: What’s the Difference?

As it turns out, not much.

Researchers and scientists can see clearly that dogs have been specifically bred for unique jobs and purposes throughout the centuries. However, cats have essentially been left to their own devices. While they are much more docile and friendlier than they once were, more or less, today’s cats are very similar to their long-ago ancestors.

So, what do you think? Does your cat give off that Mediterranean vibe? Do they walk like an Egyptian? Love a good sailing trip?

The next time you’re hanging out together, take a moment to consider the fact that you’re likely hanging out with a cat much like those from the era of Tutankhamen!